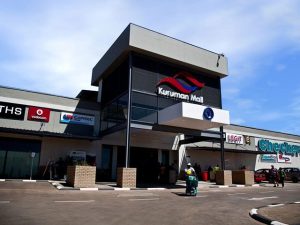 Currently the well-established 12,800m² Kuruman Mall is located across from a very prominent taxi rank. The owners Moolman Group, however, saw great potential and a clear gap in the market and quickly made the decision to redevelop the centre.

Part of its attractiveness is that Kuruman has become a commerce hub not only for its residents, but also miners and farmers from surrounding areas and tourists too. Kuruman Mall’s owners started with overhauling the existing shopping centre as part of the project’s first phase, and then more than doubling its size to a 26,000m² centre for the project’s second phase.